With just three rounds left, ALL-INKL.COM Münnich Motorsport lie second in the Teams’ Championship with Esteban Guerrieri in the same position in the Drivers’ rankings and eager to re-claim the series lead after a disaster weekend at Ningbo last time out.

Argentinian driver Esteban has won twice this year and is 15 points away from the series lead with 85 available at each of the remaining three rounds. He scored a best result of fourth place at Suzuka last year.

Team-mate Nestor Girolami’s visit to Suzuka as a spectator in 2018 ultimately led to becoming a Honda Racing driver for 2019 and joining Münnich, for whom he has won three times and holds sixth in the standings.

KCMG’s Tiago Monteiro is the only Honda Racing driver to have raced on the Suzuka East Course – which uses the start/finish straight and Esses sections of the legendary Formula 1 track – previously; doing so from 2011-2013 in the World Touring Car Championship. 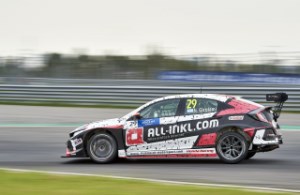 He was a highly-popular winner for Honda in Japan in 2015 – at Twin Ring Motegi – and last year made a highly-emotional return to racing at Suzuka after more than a year out through injury.

Following on from a heavy accident at Ningbo, the Portuguese driver will have a new chassis for Suzuka.

Team-mate Attila Tassi has never been to Suzuka, but has raced a Civic Type R TCR in Japan; forming part of KCMG’s line-up at the Fuji 24 Hours – the showpiece race of the Super Taikyu series – in June.

The Vila Real WTCR polesitter secured his highest weekend points total in the WTCR last time out at Ningbo, and is keen to continue his progress at Honda’s home circuit.

KCMG expand to three cars for the event with Hong Kong racer Jim Ka To, 34, joining as a wildcard in a third car to be fielded under the KC Motorgroup banner.

The ex-Formula Renault Asia champion has raced the Civic Type R TCR already at Suzuka this year; finishing on the podium there for KCMG in the Super Taikyu opener. 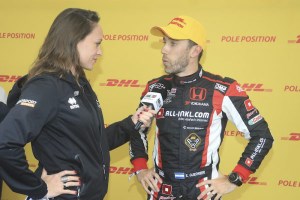 Esteban Guerrieri #86 – ALL-INKL.COM Münnich Motorsport : « The Ningbo event was a disaster for us, but we just need to forget about it and start again. It’s a shame we’re not on the full circuit, but I think the twisty nature of East Course should suit the Civic Type R TCR very well and I’m confident we can fight for wins this weekend. Suzuka is Honda’s home circuit and is a place I love to go to. When I was a child, I saw my hero, Ayrton Senna, win his first World Championship here on TV with that amazing recovery drive in the McLaren-Honda, so if I could be a winner here for Honda, it would mean a huge amount to me personally, as well as for what it could do for our championship hopes. »

Nestor Girolami #29 – ALL-INKL.COM Münnich Motorsport : « Suzuka is a circuit I’ve always wanted to race since I first saw it on TV. It’s also the first WTCR event I attended last year with the ALL-INKL.COM team when I needed to come and show people I that this was the series I wanted to race in. We’ve been working hard since China to try and make sure we have the best possible opportunity of qualifying well, both because the circuit is without many passing places, and because it’s short, which means the time gaps in qualifying will be smaller than ever. We have a Teams’ championship to fight for and I’ll do everything I can to try and help Esteban win the Drivers’ title. » 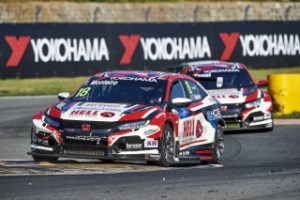 Tiago Monteiro #18 – KCMG : « I always enjoy going back to Japan because the atmosphere is incredible and the Japanese fans are some of the most passionate and knowledgeable in the world. When you’re representing Honda in Japan, it’s a great honour and the love from the supporters just gets even bigger. I definitely felt that when I won the WTCC Race of Japan in 2015 at Motegi. Last year was my comeback and I was incredibly humbled by the response, both from the fans and from the WTCR community, and of course, it’s where I did the very first World Touring Car race for Honda’s manufacturer team in 2012. Suzuka will always be a special circuit to me for all of these reasons. »

Attila Tassi #9 – KCMG : « This has been a big learning year for me and, as a team, we’ve definitely been stronger over the past few races with my first pole position in Portugal and then my best weekend points total in China. Suzuka is not a circuit I’ve raced at before, but it was the same situation with the Nurburgring and Vila Real, and we went well at both tracks. I raced in Japan with KCMG at the Fuji 24 Hours in the summer and I had a great time, so I’m very much looking forward to returning to the country this week. » 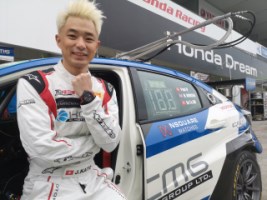 Jim Ka To #19 – KC Motorgroup : « I’m very happy to have a chance to represent KC Motorgroup and to compete in the WTCR Race of Japan. I will use my experience of the car to try to get good results for the team. »