The final stage of the Silk Way Rally will be held tomorrow, Tuesday. Kevin Benavides, the best positioned of the Monster Energy Honda riders, will be in the battle for the rostrum at the close of the first-ever edition of the rally featuring the motorcycle category.

After the start in Irkutsk and a trek across Mongolia, the Silk Way Rally is heading for its final destination, the Chinese city of Dunhuang. To get there, riders face tomorrow morning’s 255-kilometre final stage which will link the Jiayuguan bivouac with Dunhuang. Today’s route from Alashan to Jiayuguan featured 290.30 kilometres of open track and dunes. The toughest aspects of the day were the searing temperatures which reign over the Gobi desert and the arduous navigation which riders had to endure. 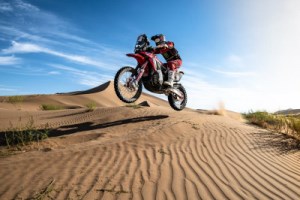 Benavides, after yesterday’s win, was forced to open the track. The Argentinean was making swift progress until he was caught by other riders who arrived back at the Jiayuguan bivouac in a group. Barreda, meanwhile, sought to maintain a fast pace in spite of not feeling very much at ease on the terrain.

Tomorrow sees a final 205-kilometre stage over hard ground, but without the dunes, where Kevin Benavides will be looking to whittle down the gap in the Silk Road Rally general standing which separates him from an overall podium place finish in Dunhuang.

Kevin Benavides – STAGE: 5th OVERALL: 4th
« Today was a hard day, more than yesterday. There was a lot of navigation and offroad until kilometre 130. Opening the stage was a tough task in the stage with the most navigation of all. I felt good, I liked the terrain and I pushed hard throughout. The others didn’t catch me up until the end of that navigational phase. I let Van Beveren pass in front of me to be able to push hard again after the refuelling. I think it was good for both of us and we ended up happy with each other after having pushed the whole stage. And for tomorrow? Well, let’s go for it. In rally you never know what could occur. Until the final kilometre everything can happen. » 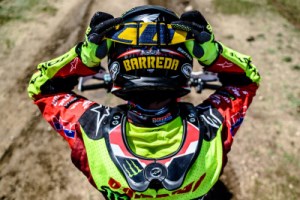 Joan Barreda – STAGE: 6th OVERALL: 10th
« It was a very physical stage. We had some off-piste with small dunes in which we had to work a lot. I did not feel very comfortable really, but I had quite a good stage. When I left the refuelling I caught Luciano and we lost a bit of time in an area with very difficult navigation, which was a pity. I got ahead and I really pushed in an area with a lot of dangers, but without losing my head. There is one final stage left, where we will have to keep searching for a good finish to the rally by completing all the kilometres and finishing it off with some good sensations. »

José Ignacio Cornejo – STAGE: 5th OVERALL: 11th
« The stage was hard and physically demanding with dunes and camel grass; in addition, it was very hot. Then, after the refuelling, there were hard and broken tracks. You had to be very attentive to the roadbook because it was dangerous. I am satisfied with the fifth place today, I felt comfortable on the bike and I had no problems. Tomorrow sees the last stage so we will try to continue with these good feelings as we can not fight for anything else. » 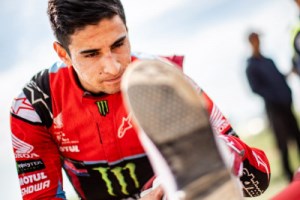 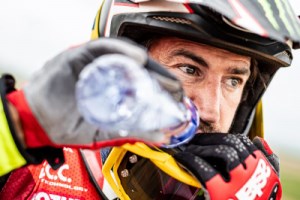