The Saudi Arabian trio of Yazeed Al-Rajhi, Yaseer Al-Khaleef and Haitham Al-Tuwaijri recorded the fastest times in the car, motorcycle and quad categories after the opening super special stage of Rally Qassim through the Buraydah National Park on Wednesday afternoon.

Al-Rajhi and German co-driver Dirk von Zitzewitz carded the fastest time through the 6.22km test to steer their Toyota Hilux into a lead of 1min 12sec over second-placed Czech driver Miroslav Zapletal. Mohammed Al-Tuwaijri came home in third place in the car section and Khalid Al-Feraihi and Al-Mashna Al-Ramali rounded off the top five. 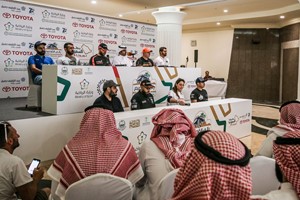 Al-Khaleef pipped Mishal Al-Ghuneim and Abdulhalim Al-Mogheera to the bragging rights on two wheels and Haitham Al-Tuwaijri was the early pace-setter in the quads. Qatar-based Martin Chalmers was the first of the non-Saudis in fourth place in the motorcycle category, with the UAE’s Hamdan Al-Ali tied with the Aussie.

Sixth-placed Ahmed Al-Shegawi claimed the early T2 lead, Saleh Al-Saif finished the stage in ninth to lead the T3 section in his Can-Am and Saeed Al-Mouri was the early front-runner in T4.

Times on the stage were multiplied by a coefficient of six to make the opening stage as competitive as possible.

Thirty cars, 18 motorcycles and four quads passed all the administration and scrutineering checks and were permitted to start the three-day event. Cars tackled the opening stage in reverse order with Al-Rajhi the last car driver on to the track before Ibrahim Al-Muhanna’s Mercedes T5 truck wrapped up proceedings.

Rally Qassim is being organised by the Saudi Automobile and Motorcycle Federation (SAMF), in conjunction with the Ministry of Sport and in partnership with Abdul Latif Jameel (ALJ) Motors Toyota. The event is being held under the patronage of His Royal Highness Prince Dr. Faisal bin Mishaal bin Saud bin Abdulaziz, Prince of the Al-Qassim region.

Tomorrow (Friday), teams will tackle the first of two selective sections that runs through the deserts to the west and north of Buraydah. After a run out of 43km, the Ash Shimasiyah stage will be fought out over 185 competitive kilometres and a liaison of 58km then returns competitors to the service park. 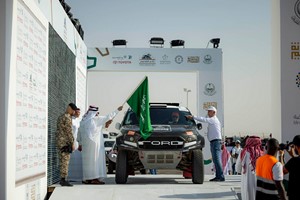 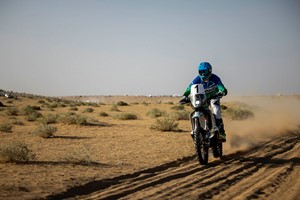