20 years ago, the X-raid team was founded by Sven Quandt and started its business in Trebur on September 19th, 2002. Team X-raid was a matter close to his heart for the team founder. For many years, he himself sat behind the wheel at rallies or navigated as a co-pilot. At that time, the scene was still dominated by Japanese and French vehicles – Sven Quandt wanted to change that. His goal was to challenge the established teams with a German brand. 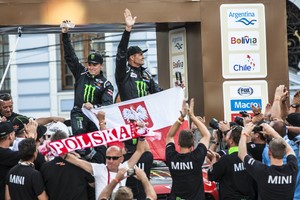 Sven Quandt: « The 20 years with X-raid passed almost in the blink of an eye. I still have good memories of the start with the first X5, but also of every single victory we have achieved as a team. It’s not only the successes or challenges that have stayed in my memory, but also all the special moments of the past years. They make the X-raid team what it is today! All employees and team members have done their part to establish us as a top team in international cross-country motorsport. I would like to thank you all for that. 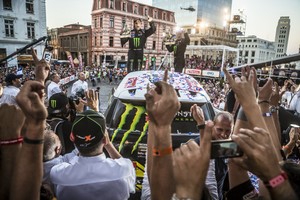 « Cross-country motorsport has been part of my life for almost half my life now. But my passion for this sport has not diminished. I am still burning to develop new vehicles and lead them to victory. I myself have been involved in off-road motorsport for 30 years. The first ten years actively as a driver and co-driver. Since 2002, I have been putting my energy into building up and developing the team with the aim of setting new limits with drivers and vehicles. It makes me proud that drivers like Carlos, Nani and Nasser drove for X-raid and that we were able to win the Dakar together, and of course Stéphane Peterhansel with whom we were even able to achieve three victories. They have been and will continue to be part of our big X-raid family. »

To last 20 years in motorsport is extraordinary. That’s why we have come up with something special for our fans. We associate a special anecdote with each of our vehicles – exciting, incredible and special stories that we always remember. In the coming weeks and months, you can look forward to cartoons that tell these experiences of our vehicles and drivers.