This weekend, the next round of the FIA WTCR – World Touring Car Cup will be held at the Vila Real street circuit in Portugal while TCR Europe Series is also racing at a street circuit, the Norisring in Nuremberg. For Tom Coronel, usually driving an Audi RS 3 LMS run by Belgian team Comtoyou Racing in both competitions, the clashing events mean that he had to choose between the two. « After consultation with my partners, I decided to opt for Vila Real, but I have found a good replacement for Norisring as well. Norwegian Stian Paulsen will be racing my Audi in Nuremberg, » Tom Coronel says. 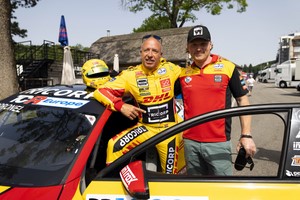 Tom Coronel has never made it a secret that he likes street circuits, but Vila Real in Portugal is a particularly special venue for him. « I won there in the World Touring Car Championship back in 2016, a fantastic success, but then, one year later, I had this bizarre incident when my brakes didn’t work and I crashed into that fire truck that was parked there, » Coronel recalls. « That video went viral on YouTube. And believe me: people know me in Vila Real, and in the whole of Portugal, especially because of that incident. Thankfully, nobody got hurt and we had a good laugh about it afterwards. In 2018, there was this massive pile-up with multiple cars where I was lucky to be able to stop just in time. Vila Real is always something special and I am looking forward to going back there. »

« Of course, I have looked into possibilities to combine the two events at Vila Real and Norisring. I have done it often enough in the past, racing in two events at the same weekend, but this time, it was impossible because the two are too far away from each other, » Coronel continues. « And in such cases, the world cup is the most important one for me and also for my partners, DHL in particular, with many corporate guests coming to Vila Real. I will be doing the VIP laps again as usual, too. » 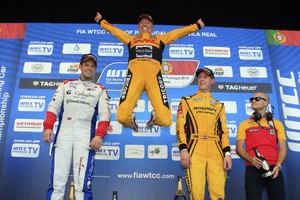 Tom Coronel’s Audi RS 3 LMS in the TCR European Series at Norisring will not remain vacant either. 34-year-old Norwegian Stian Paulsen will be racing the Audi in Nuremberg. « For the last two years, Stian has been sending me messages prior to every race weekend to ask whether I had contracted Covid and saying that he was ready to step in for me if needed, » Tom Coronel laughs. « He sometimes even wrote to say that I was looking ill on my videos or Instagram! So I ended up promising that he was the first I would call whenever an opportunity should come up, which is now the case. »

Stian Paulsen, from Fredrikstad in Norway, cut his teeth in one-make series like the German Volkswagen Polo Cup and the SEAT Leon Supercopa and campaigned a CUPRA with his eponymous team in the TCR Europe Series in 2018 and 2019. « I haven’t raced for two years, so I am really keen to make my comeback, » 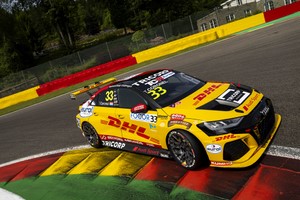 Paulsen says. « Indeed, I have been stalking Tom to become his replacement driver and it worked out in the end. Perhaps, Norisring is not the easiest track for my comeback. My main worry is not to crash the car, but that can happen easily at the street circuit, of course. I did three laps with the Audi at Spa in the rain, that’s my only experience with the car so far, but I know the team is good and the car is good, so now it is all up to me! I know the Norisring from racing in German one-make series, the circuit is not the most difficult. The only thing to find out is how close you can get to the wall… And events there are always special with a massive crowd, so I am looking forward to it! »

Coronel, meanwhile, is confident that Paulsen will be doing a good job. « He is a good guy. He is fast, he is fun and he is a safe pair of hands behind the wheel. I have a lot of respect for the way he has been running his own car, doing it all by himself. I will keep an eye on what he is doing at Norisring, of course! »