Qatar’s Nasser Saleh Al-Attiyah started second on the road and managed to pass Poland’s Jakub Przygonski to claim victory on the third 249km selective section of the Hail Cross-Country Rally on Friday. 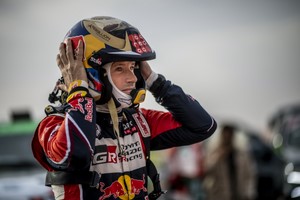 Assuming that the Qatari’s Toyota Hilux passes all post-event scrutineering checks, he has already done enough to secure a fifth FIA World Cup title. He and co-driver Matthieu Baumel managed to beat stage runner-up Vladimir Vasilyev by 3min 57sec and will take a lead of 18min 18sec over Russia’s Denis Krotov into the final day.

Al-Attiyah said: « A good day for us and another stage win under our belts. Now we need to bring the car safely to the finish tomorrow. »

Przygonski had been challenging Krotov for second place, but the Pole suffered a broken drive shaft on the day’s stage and finished 39min 26sec behind Al-Attiyah, the time loss dropping the Mini John Cooper Works Buggy driver to sixth overall. 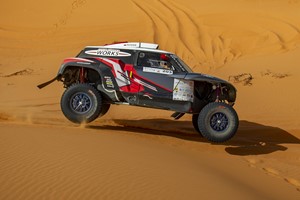 Krotov’s co-driver Konstantin Zhiltsov said: « It was so fast. The dunes were not so difficult. We tried to cross with more pressure in the tyres. It was good, only we stopped after km20 to help our friends (Przygonski) in a Buggy. We gave them a drive shaft and we lost maybe six or seven minutes. Now we need to finish this race, say goodbye to the World Cup and prepare for Dakar. »

The Argentine duo of Sebastien Halpern and Lucio Alvarez completed the day’s timed section with the third and fourth quickest times and now hold fourth and fifth in the overall classification. Spaniard Laia Sanz bounced back from second day delays and now holds 10th.

Various time penalties were imposed on several T3 and T4 competitors before the restart, but the Polish duo of Michal and Marek Goczal actually benefited from time deductions after rally officials had further examined their paths through the first stage on Wednesday. Meanwhile, Ukraine’s Ievgen Kovalevych had rolled in the dunes on Thursday and plummeted to the foot of the T4 standings when time penalties were imposed. 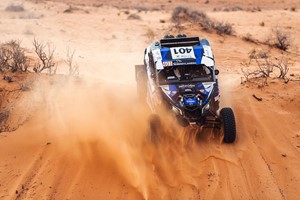 Gearbox issues cost Michal Goczal his T4 lead, however, and his brother Marek set the fastest time on the day’s stage and moved 25min 37sec in front of Australia’s Molly Taylor. Thomas Bell climbed to third overall and Ievgen Kovalevych bounced back with the third quickest time on the special.

Saleh Al-Saif was again the dominant force in T3 and the Saudi increased his lead over Mashael Al-Obaidan to 44min 37sec with another stage win. Al-Obaidan edged 42 seconds further away from Germany’s Annett Fischer in the battle for second place.

Dania Akeel held fourth after a couple of navigational issues and Esraa Aldkheil recovered from her roll in the dunes on Thursday to finish the stage in fifth. Pavel Lebedev again sat out the stage after his first day problems.

« It was fun today, » said Akeel. « We had a couple of navigation issues and went from second to fourth and back to second and then to fourth again. I kept it steady and safe but I was faster than fourth. I am a little disappointed. In cross-country so many other things matter. » 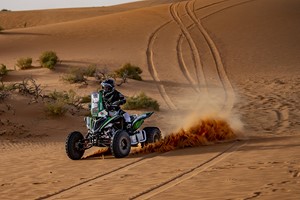 Abdullah Lanjawi claimed the motorcycle stage win but seventh place on the day for Othman Al-Ghfeli meant the Saudi maintained an advantage of 11min 21sec over Mishal Al-Ghuneim to take into the final day. Ahmed Al-Jaber climbed to third and Yasir Al-Khuraif pushed Abdulhalim Al-Mogheera and Italy’s Mauro Torrini down to fifth and sixth overall.

Abdulmajeed Al-Khulaifi extended his advantage in the quad category to 66min 02sec with a comfortable stage win over Haitham Al-Tuwaijri and Hani Al-Noumesi, although both his Saudi rivals retained second and third places.

Al-Mashna Al-Shammeri clocked the unofficial quickest time in the National category from Aliyyah Koloc and gained the lead when Saeed Al-Mouri ceded 14 minutes to his fellow countryman and slipped to fifth place. Two-time Hail International Rally winner Essa Al-Dossary was third on the day in his Nissan Navara. 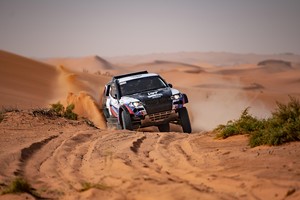 Tomorrow (Saturday), competitors tackle the final stage of the event and the last competitive cross-country special of 2021. After a run out of 56km, the stage only runs for 148km and features passage controls after 65km, 82km, 87km, 129km and 142km. A road section of 132km takes the survivors back to Parc Fermé in Hail. 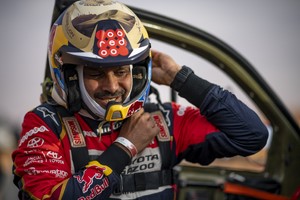 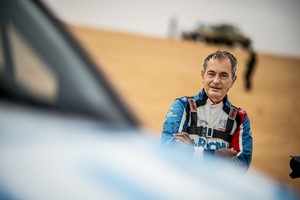 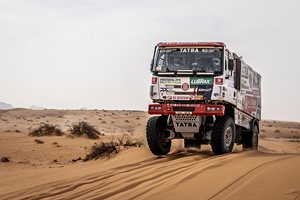