– Change from motorbike to car
– First Dakar on four wheels 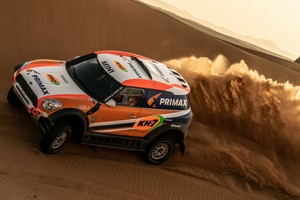 Laia Sanz has so far attracted attention as a motorcyclist in the Dakar Rally. Now the Spaniard is switching from two to four wheels. In the Primax X-raid Team, she will celebrate her debut in the car category in a MINI ALL4 Racing at the Dakar 2022.

The Spaniard had already competed in the Rally Andalucia in the MINI ALL4 Racing this season. She secured eighth place in front of her home crowd. She also competed in the Extreme E, an off-road racing series for vehicles with electric motors. 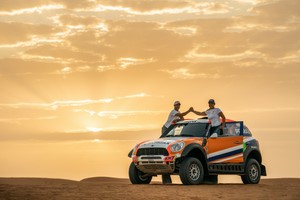 Sanz can look back on very successful years in motorbike racing: in 2011, she competed in the Dakar Rally for the first time. The fast Spaniard reached the finish line in all editions and secured a sensational ninth place in 2015. In addition, she was 14 times Trial World Champion, 10 European Trial Champion and won the Enduro World Championships seven times; she also took six victories in the FIM Trial des Nations. 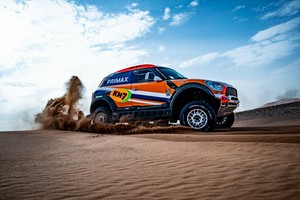 Primax is a leading company in the energy market with branches in Peru, Colombia and Ecuador. Primax and X-raid already worked together successfully a few years ago. In 2019, Stéphane Peterhansel secured the title in the FIA World Cup for cross-country rallies and in 2020, Carlos Sainz won the Dakar with a vehicle supported by Primax.