Sacha Fenestraz is getting prepared and ready to return to the track in Super GT and Super Formula this month for the first time in 2021.

The French-Argentinian driver has been unable to enter Japan for the start of the season due to the country’s COVID-19 travel restrictions. At the end of September he received his visa to return to Japan, allowing him to compete in the final three rounds of Super GT and the final two rounds of Super Formula. 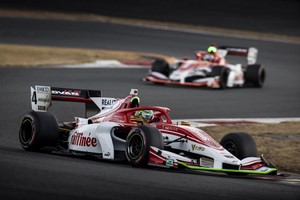 Despite more than nine months away from the paddock of the two premiere motorsport championships in Japan, Sacha was able to achieve fifth place in a one-off race weekend at Lime Rock Park, USA in the Michelin Pilot Challenge. He also competed in his home country of Argentina, racing the 200km of Buenos Aires in the Super TC 2000 Championship for Toyota Gazoo Racing.

While he enjoyed his time racing in America, unsurprisingly Sacha is very excited to be returning to Japan: « I’m excited to be back at home in my second home country and being able to get back to my life here and back to racing. »

« It’s going to be a great challenge for me returning to Super Formula with Kondo Racing for the final two races, as well as Super GT. My first race back in Super GT will be both my first at Autopolis in the GT500 car and my first with #37 KeePer TOM’S team. It’s a great opportunity to get used to the new team members and get fully prepared for 2022. » 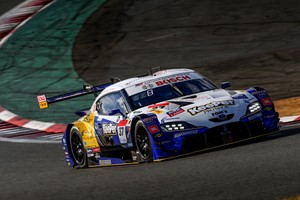 Sacha is looking to pick up where he left off in his impressive rookie season in Super Formula and the GT500 class of Super GT. He achieved five podiums across both championships in 2020, as well as finishing fourth overall in the GT500 standings.

His return to racing in Japan will come in the penultimate Super Formula race of the season, this will take place at Twin Ring Motegi on October 17th before the final race at Suzuka at the end of the month.

He will join Team KeePer TOM’S at Autopolis on October 24th for the first of the three races left in the 2021 Super GT season.