The Italian Baja, the eighth and penultimate event in this year’s FIA World Cup for Cross-Country Bajas, brought no great joy for X-raid. Michal Maluszynski and Julita Maluszynska (both POL) finished 13th in their MINI JCW Rally. Polish pair Krzysztof Holowczyc and Lukas Kurzeja ended the Baja in 17th place rolling their vehicle on day one. Yasir Seaidan (KSA) and Alexey Kuzmich (RUS) were hugely unfortunate: a mechanical issue stopped them on Saturday morning and the crew was forced to retire. 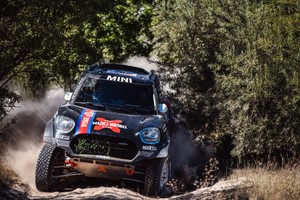 Holowczyc and Kurzeja were both unfortunate and fortunate at the same time: the two Poles rolled their car on the opening stage. The information in the roadbook was not clear for this point, and Holowczyc consequently strayed off the route. Fortunately, the crew was unhurt and, despite some damage, the MINI JCW Rally was fit to drive. Just a few hours later, Holowczyc was back at the start of stage two. Here, he also experienced a moment of shock: he collided with an oncoming SxS, but was fortunately able to continue. In this case, too, everyone remained unharmed. The Pole won all three stages on Saturday, showing what might have been without the incidents. 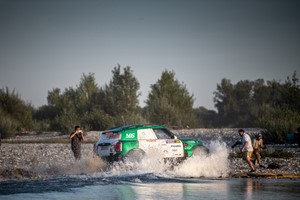 Seaidan, who is in contention for the FIA World Cup title, ended day one of the Italian Baja in fifth place overall. However, a mechanical issue came to the team‘s attention during the service before stage three on Saturday morning. Unfortunately, the mechanics were unable to solve the problem before the start. His failure to finish sees Seaidan drop to second place in the FIA standings.

The ninth and final round of the FIA World Cup for Cross-Country Bajas is the Baja Portalegre in Portugal from 28th to 30th October 2021. 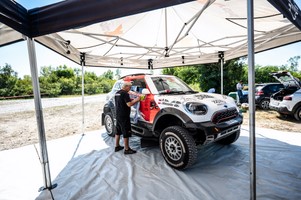