Overdrive Racing’s Yazeed Al-Rajhi moved to the top of both the FIA World and European Cup for Cross-Country Bajas Drivers’ Championship rankings with a convincing victory in the Italian Baja, a crucial counting round of both cross-country series’. 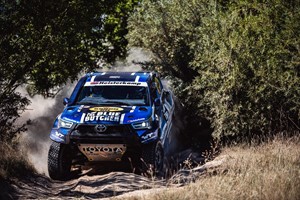 The Toyota Hilux driver and his Ulster navigator Michael Orr led from the opening qualifying stage and managed their pace to perfection over the challenging dusty, rocky and slippery gravel special stages in northern Italy to win the two-day event by 3min 03.4sec from Portugal’s Tiago Reis and Valter Cardosa in an Overdrive-built Toyota.

With the retirement of main FIA World Cup rival Yasir Seaidan before the start of Saturday’s stages and serious delays for FIA European Cup rival Krzysztof Holowczyc on the opening timed test, the winner of the 2014 Italian Baja was able to control the race from the front. He is now a strong favourite to land both the FIA World and European Cup titles when the series reaches its conclusion in Portugal in late October. 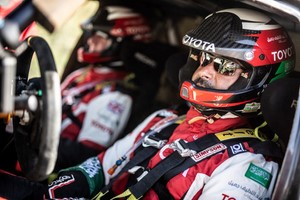 « This year was difficult, » said Al-Rajhi’s co-driver Orr. « We started very well in Dubai. This was my first time to win. Then we had the crash in Sharqiya (Saudi Arabia) and had to miss some races. We were always coming from the back with zero scores. But we never give up. We knew we had to win this race and now we are back in the fight with a level playing field and one more race to go. The third pass was quite rough. We are here and the whole team did a fantastic job. »

Erik van Loon returned to Baja action with French co-driver Sebastien Delaunay in a second Overdrive Racing Toyota Hilux. The experienced Dutchman delivered a solid performance to reach the finish in fourth place behind Lithuania’s Benediktas Vanagas, who also drove a Toyota Hilux. It meant that Toyotas filled the top four places in the overall classification.

Former WRC star Xavier Pons tackled the event for the first time with fellow Spaniard Armand Monleón after a 12-month lay-off from any form of racing. The former Dakar driver acclimatised well to the Toyota and four top six stage times went a long way to seeing Pons finish in 10th place, despite last stage delays after a crash.

« We made a little mistake on a tight corner, » admitted Monleón. « There was a deep line inside and we hit the back a little back and we had a slow crash and had a roll. This is competition and we move forward. We were fighting for the third spot. This was not a big mistake. It was part of the game. » 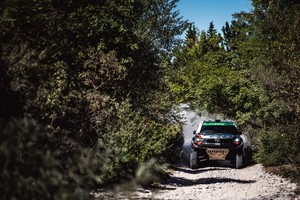 A qualifying stage of 7.55km got the on-stage proceedings underway at Meduna on Friday lunchtime. Al-Rajhi set the early target time of 6min 09.3sec and that was sufficient to win the opener after Polish rival Krzysztof Holowczyc hit trouble after crashing in a watery ditch and incurring time penalties. Reis finished in second place, 13.4 seconds adrift of the Saudi, Pons slotted into fifth and Van Loon was classified in seventh.

« We did a good stage, » said Al-Rajhi. « In some places it was very difficult and we had to be cautious in some places. »

Van Loon added: « In the beginning it was quite nice and then we went into a forest. It was narrow and very difficult to see. And then we went into the river bed. I think someone missed a sign so we missed a junction and went back over the riverbed and lost some time there. I was happy to be at the finish. »

Pons said: « It is more than one year since I did a race. The Prologue was okay. It started with a very fast section and then slower in the river. It was not easy. » 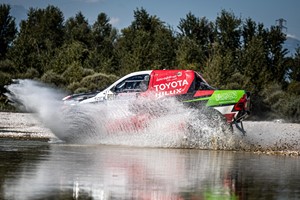 The result of the opener dictated the starting order for the first of four selective sections, with teams tackling a timed test of 74.94km on Friday afternoon across the dried river beds and flood plains near Dignano.

Al-Rajhi extended his lead to 3min 25.4sec over Reis with the quickest time in the demanding special that took just under an hour to complete. Pons reached the night halt in fourth place and Van Loon was classified in ninth.

Saturday’s action took place over a selective section of 92.31km that was repeated three times. Holowczyc took advantage of his repaired car to clock the fastest time of 1hr 19min 53sec on the first pass to beat Reis by 30 seconds, but Al-Rajhi settled into a safe and comfortable pace to retain a lead of 3min 11.4sec with the third quickest time.

The Saudi’s fellow countryman and Baja title rival Yasir Seaidan failed to start the second leg and that meant that a top finish would give Al-Rajhi the series lead heading into the final event in Portugal in October.

« We had a good margin to second place so we were only cruising, » admitted Al-Rajhi’s co-driver Orr. « To open the road is not a big deal. Sure it will be rougher the next two passes but we will raise the car a little for safety. » 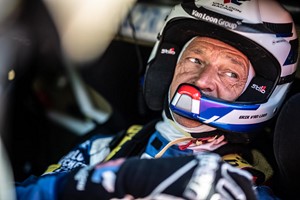 Van Loon and Pons came home in fourth and sixth to hold fifth and fourth in the overall rankings. « We had dust from the beginning, » said Van Loon. « The first part was the same as the Prologue. We were the whole stage in the dust. We overshoot four or five times and had to make U-turns and lost time with yet. It was not nice to drive. »

Holowczyc was again quickest on the second pass and beat his first pass by two and a half minutes, but A-Rajhi managed his pace to perfection to record the second fastest time and edge a further 14 seconds clear of Reis. Pons and Van Loon maintained fourth and fifth overall. 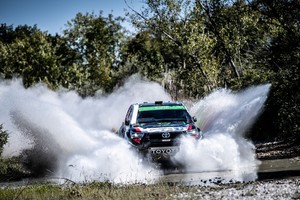 Al-Rajhi held his nerve to confirm a comfortable win and take the lead in both the FIA World and European Cups with the third fastest time on the last run. Reis finished as runner-up and Van Loon reached the finish in fourth after Pons lost time on the last run and slipped from fourth to 10th.

Overdrive Racing now switches its attention to the Rally of Morocco and the next round of the FIA World Cup for Cross-Country Rallies in October. 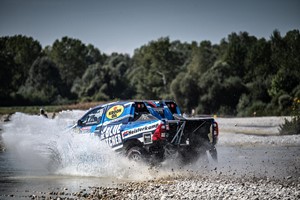