Poland’s Krzysztof Holowczyc and Lukasz Kurzeja took victory in a MINI JCW Rally at round six of the FIA World Cup for Cross-Country Bajas. Yasir Seaidan (KSA) and Alexey Kuzmich (RUS) came home third, also in a MINI JCW Rally. Michal Maluszynski and Jutta Maluszynska (both POL) were well positioned in a very good fifth place overall. However, co-driver Jutta was unwell on Saturday, causing the MINI JCW Rally crew to retire from the Baja. 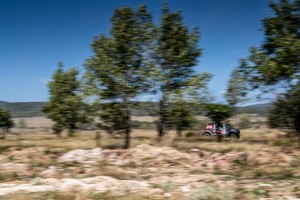 After second place in the Prologue, Holowczyc won the first stage to take the overall lead. He then proceeded to extend his advantage over the subsequent stages. However, he and co-driver Kurzeja lost their way on the fifth stage. They eventually ended the stage in fifth place and dropped back to second in the overall standings. Holowczyc then managed to fight his way back into the lead and went on to take a hard-fought victory.

« It was a very interesting rally », said Holowczyc. « We had a pretty good advantage, but unfortunately we made a mistake in navigating and a five-minute loss pushed us to second place. We were a minute and five seconds down and, with today’s two special stages, we had to make up for this loss. We managed to claw back every second. It’s amazing that after 450 km we had the same time as Yazeed. We drove the last two special stages at 100% and we won. » 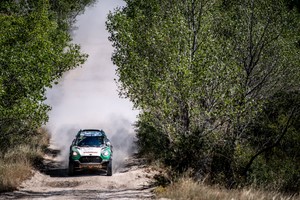 Seaidan and Kuzmich drove a controlled rally. The MINI JCW Rally crew finished in the top three on every stage. They did have one moment of concern on stage six, when they suffered a head-on impact. Fortunately, the MINI did not suffer any serious damage and the pair reached the service without losing too much time.

« My goal was to finish on the podium, » said the Saudi driver. « For this reason, I did not take any big risks. I made a slight mistake today and we hit a tree, but it was not too bad. Third place is enough to hang on to the lead in the FIA World Cup. »

The next event in the FIA Baja World Cup is the Baja Poland, from 26th to 29th August. 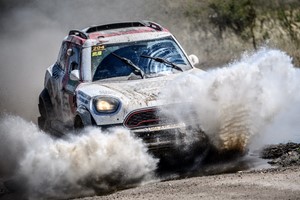