Next to his already announced participation in the FIA WTCR – World Touring Car Cup, Dutch driver Tom Coronel will also embark on a full-season campaign in the TCR Europe Series, the European competition for touring cars to TCR regulations. Like in the global series, Coronel will be racing an Audi RS 3 LMS run by Belgian team Comtoyou Racing in TCR Europe as well. « Great, another seven weekends with two races each. The schedule is filling up nicely again, » Coronel makes no secret of his anticipation for the European programme. « Last year, I was the driver with the most TCR race participations worldwide and I certainly wouldn’t mind if that is the case again this year! » 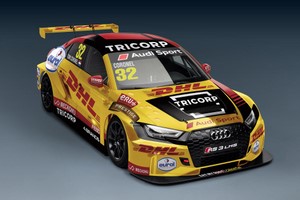 In the past years, Tom Coronel already combined his FIA WTCR participation with a campaign in the European series in which he scored some podium results. « So when I was involved in negotiations with my regular partners for this year’s WTCR, many of them said: ‘And what about the European series? That is a good programme as well, isn’t it?’, » Tom Coronel says. « All parties showed their enthusiasm and that is how we finalised this campaign as well. Of course, I am very happy with it! »

With Audi in TCR Europe as well for the first time
Unlike in previous seasons, as Coronel raced in WTCR and TCR Europe with two different brands and for two different teams, he is now relying on Audi for both series, run by Belgian team Comtoyou Racing with Jean-Michel Baert at the helm. « I feel very comfortable at Comtoyou Racing and Chris Reinke, Audi’s head of customer racing, made it quite clear as well that he would like to see me with Audi in TCR Europe, too, » Coronel points out. The livery of the car will be identical with the one in WTCR while Coronel will also be racing with starting number 32 in both series, referring to his 32nd season in motorsport. 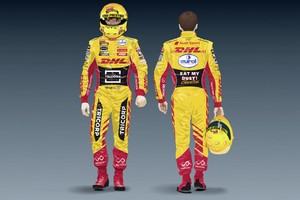 In WTCR, Coronel is one of only four drivers to race the new generation of the Audi RS 3 LMS that is making its debut this year. In the European series, meanwhile, he will still be racing the previous version of Audi’s successful touring car. « The new one is still exclusively reserved for WTCR, » he explains. « But the previous version is also good for success, as has become quite clear over the past years! » The car that Coronel will be racing in TCR Europe this year is the same Audi used by his French teammate Nathanaël Berthon in last year’s WTCR. « My WTCR Audi from last year was no longer available as it has been sold to somebody in Poland who definitely wanted my car. But Nathanaël’s car is perfect, too. After all, he has also won races and scored podium results with it! » 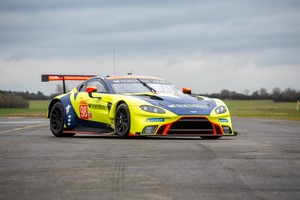 Season start at happy hunting grounds and a home round
The TCR Europe gets underway at Slovakia Ring on the weekend from 7-9 May. Familiar territory for Tom Coronel and a happy hunting ground, too: « I have scored three of my WTCR race wins there, so we should be in a position to do well there now, too! » After a round at Circuit Paul Ricard at Le Castellet in the south of France, there is a race meeting from 18-20 June at CM.com Circuit Zandvoort in The Netherlands. « I already raced at Zandvoort with WTCR, but never before with TCR Europe, so that is great, » Tom Coronel says. At the end of July, the series is racing on the support package of the 24-hour race at Spa-Francorchamps. After the summer break, there are further rounds at the Nürburgring, Monza and Circuit de Barcelona-Catalunya. « Unlike in previous years, I am able to race the full season, so that I can be a contender for the title as well, » Coronel says. In The Netherlands, Tom Coronel’s TCR Europe race activities will also be broadcast on television by RTL7 in the ‘World of Tom Coronel Racing’ (WTCR ) programme. 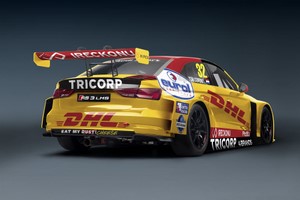