Tim and Tom Coronel have completed the second stage of the 2020 Dakar Rally without any meaningful problems. In the closing stages, the duo lost around ten minutes after having taken a wrong junction, but nevertheless, they posted a strong result by finishing 27th, less than 45 minutes down on the winner.

The second day of the Dakar Rally included fast tracks and many, many stones. Several competitors had to get out of the car to change tyres. However, the Coronel brothers’ Beast 3.0 did well in the rough terrain. Also thanks to excellent navigation by Tom, the twin brothers were able to post a strong result. 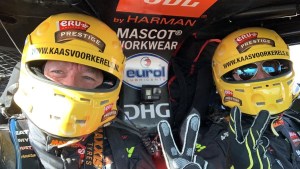 « I am happy, I can’t say anything else, » Tim admits at the finish. « Too bad that we still lost some time on the final part, but for the rest, everything went really nicely. I simply don’t know anything else to say. A few less mistakes and then we are really getting there. Things are going the way we want them to. The team has done a tremendous job. »

Tom was in equally good spirits after the second stage: « Now that was another nice day! We have shown what the Beast has in store in terms of potential. I think there is even more on tap but we were just running really nicely. I noticed that Tim’s confidence increased while driving, so that is nice. The tracks really suited us, too: very wide, fast and with a few jumps. That is where our baby is doing really nicely. » 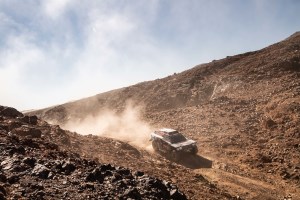 The good stage result leads to advantages for the third stage: starting further up in the field means less dust. And that is worth a lot for the brothers, as Tom explains: « We wanted to move ahead quickly in the early part because we were in the dust all the time. That prevents you from going your own pace, simply because you can’t see a thing. Rule number 1 in the Dakar Rally: when you can’t see anything, keep your distance. Thankfully, we got a clear view fairly quickly and we were able to push. Bring on stage 3! »

Stage 3: Neom – Neom
404 special stage kilometres
A ‘tour’ around Neom. Competitors are nearing the Jordanian border and are reaching the highest altitude of the Dakar Rally at 1,400 metres. Easy compared to the elevations in South America, but still very tricky and dangerous. The canyons and rocks can be unforgiving.