Dunlop is well prepared for the 24h race at the Nürburgring, the third chapter in Dunlop’s June motorsport trilogy after the Isle of Man TT and Le Mans 24h.

The race will be held on 22/23 June on the 25.4km combination of the Grand Prix circuit and Nordschleife. Competing at the circuit Jackie Stewart called the ‘Green Hell’ will be a total of 160 teams. In this, the 47th edition of the motorsport marathon, about a third of the teams have chosen to rely on Dunlop. 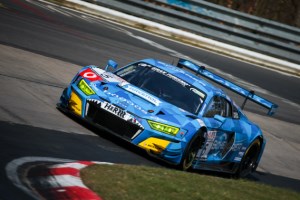 The team ‘Care for Climate’ headed by Smudo, frontman of the band « Die Fantastischen Vier », and ex-DTM driver Thomas von Löwis of Menar will be driving a Porsche Cayman GT4 CS and a Porsche 911 GT3 Cup in class AT (Alternative Fuels) on Dunlop.

Incidentally, another prominent driver is picking up the steering wheel of the only Opel Astra OPC (class V2T) in the field: the head of the Opel parent company, PSA, Carlos Tavares, relies on racing tyres from Dunlop for his 24-hour start on the Nordschleife. 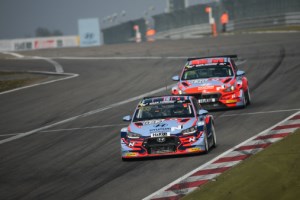 TCR teams start on Dunlop
The TCR class for close-to-production racing touring cars with front-wheel drive and two-litre turbocharged engines is enjoying growing worldwide popularity. At the Nürburgring 24-hour race, TCR teams will be racing exclusively on Dunlop for the first time. TCR cars such as Audi RS3 LMS, Honda Civic, Leon Cupra and Hyundai Motorsport i30N will have a choice of two different slick tyres and rain tyres. In addition, Dunlop, as the technical partner of BMW Motorsport, exclusively equips all participants in the BMW M240i Racing class.

New rain tyres for the TCR and the BMW M240i Racing
At the 24h race, Dunlop will bring a new rain tire to the Eifel for the TCR teams and the drivers of the BMW M240i Racing. « This new rain tyre specification is a new generation of compounds, » explains Alexander Kühn. « It is a further development of the proven and current 265/660 R18 tyre and shows significant improvements in warm-up behaviour at low temperatures as well as in wet grip or grip behaviour. »