The Kingdom of Saudi Arabia has announced it will run Rally Jameel, an exciting new women’s only navigational rally, on March 17th-19th.

The event is the first women’s only off-road navigational rally-raid of its kind in Saudi Arabia and the GCC region. It follows hot on the heels of the Kingdom hosting the 44th Dakar Rally this month, where Saudi female racers Dania Akeel and Mashael Al-Obaidan are taking part in the FIA T3 category for lightweight prototype vehicles.

The event is being organised by Abdullatif Jameel Motors (Toyota) and Bakhashab Motorsports and sanctioned by the Saudi Automobile & Motorcycle Federation (SAMF).

Additional support for the project comes from FIA Women in Motorsport (WIMC), through the presidency of former world rally star Michèle Mouton, Jutta Kleinschmidt, the 2001 Dakar Rally winner and President of the FIA Cross-Country Rally Commission, and Aseel Al-Hamad, the Saudi WIMC representative.

Rally Jameel will see women’s driving and navigational skills tested over a three-day route between the north-central city of Hail and the capital Riyadh that includes hidden checkpoints and incorporates a race strategy needed to work with state-of-the-art navigational systems and road books. The route will pass Al-Qassim city with further details being announced on International Women’s Day on March 8th. 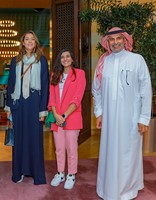 Women have been permitted to drive on public roads in the Kingdom of Saudi Arabia since King Salman Al-Saud passed a decree recognising women’s rights to drive on September 26th, 2017. By June 24th, 2018, women were driving on the streets of Saudi Arabia and interest in motor-related sports quickly took hold, in part due to the interest in off-road racing, rallying and, latterly, with the introduction of Saudi Arabia into the FIA Formula One racing calendar.

Saudi Arabia’s Vision 2030 recognises that a modern and progressive nation must encourage and empower all members of society in all forms of sport and the Rally Jameel project was duly born.

National and international entrants over the age of 18 are eligible, who hold a driving licence valid in Saudi Arabia are eligible, in addition to visitors interested in adventure tourism and members of the local public with a penchant for motor sport and adventure. A training programme is also planned to offer support on aspects of the sport, such as desert driving skills, vehicle preparation, navigation, GPS operation, route planning and note and road book reading.

Each team will feature two ladies driving road legal four-wheel (4×4) or all-wheel drive (AWD) vehicles without the need for a roll cage. The event is not designed as a speed test and is more about highlighting navigational skills over a route of between 300 and 500km per day, although the day’s route will only be issued the night before each stage.