With three races at Motorland Aragón in Spain, the FIA WTCR – World Touring Car Cup season came to an end for Dutch driver Tom Coronel as well. For Coronel, driving the Audi RS 3 LMS run by Comtoyou DHL Team Audi Sport from Belgium, the final race weekend of the year was a special event, because the third race was also his 500th competition in a touring car. In general, Coronel is positive about the season that has now ended: « I am happy with it! » 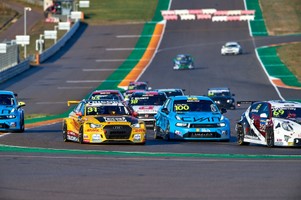 For Coronel, the weekend didn’t start in a good way as a driveshaft broke on his car in first free practice, meaning that he was only able to complete six laps of the 5.397 kilometres long circuit. « That was really bad, because it meant I was missing out on a lot of track time, particularly as it already happened early in the 45-minute session, » Coronel explained. « In second free practice, there were full-course yellows, a red flag and all kinds of trouble, so that I only did two really fast laps prior to qualifying. I can really say that I wasn’t ready for qualifying at all. Eventually, I ended up 13th in qualifying, missing out on advancing into Q2 by just one position, so that simply wasn’t good either. Qualifying is 80 percent of the race, but when you haven’t had sufficient track time, it is just really, really difficult. » 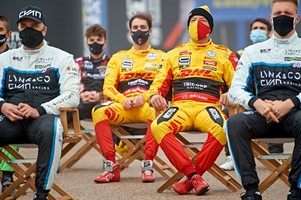 The first race of the weekend got underway at a track that was still wet early on Sunday morning. Coronel had opted for four slick tyres. « However, it took a bit longer than expected for temperatures rising high enough to make the track dry out, » he discovered. « That was the reason that drivers with four slicks weren’t fast enough, unlike those who had opted for the ‘Coronel combination’ of rain tyres at the rear and slicks at the front, but this time, I wasn’t one of them. Eventually, I finished twelfth. I had some nice battles with Yvan Muller and Thed Björk. A lot of sliding around, but at least I made it to the finish and scored points. »

In the second race, Coronel didn’t have a good getaway, and that was only the beginning of a troublesome race. « It was a bad start, really, » he admitted. « That made me drop to the back of the field and from there, it is difficult to make up ground. I was tangling with Engstler and Monteiro and incurred a puncture. That forced me to make a pit stop, I got a fresh tyre and rejoined the race. I came back on track right behind Yvan Muller, who went on to win the race, while I was able to follow on his rear bumper for three laps without any problems. That shows that the pace definitely was there, but unfortunately, it didn’t lead to a good result: I finished 15th, one lap down. » 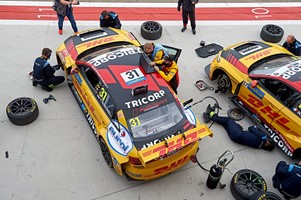 Race three saw Coronel making a decent start, but then he had bad luck again: « I was behind Gabriele Tarquini, but he suddenly came to a halt in the second corner with me right behind him. I had nowhere to go! As a result, I stayed at the back of the pack, I wasn’t really able to attack and overtake. I briefly battled with Tarquini, but unfortunately, 16th place was all that was in store for me. »

Coronel points out that qualifying in particular was the reason for his mediocre results this weekend, but is positive when looking back upon the season in general: « Particularly with three races per weekend, the effect is huge: when things don’t go well in qualifying, you aren’t in contention for three races right away. In general, however, the season was a very good one: we scored podium finishes, we had the victory at Slovakia Ring, of course. We were also competitive at the Nürburgring and at Zolder. Halfway through the season, we were even second in the world championship standings for a while. Too bad that we had some technical issues in the last events, but all in all, I just have had a good season, one that I am very happy with! » 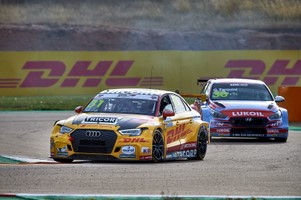 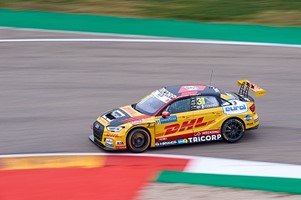